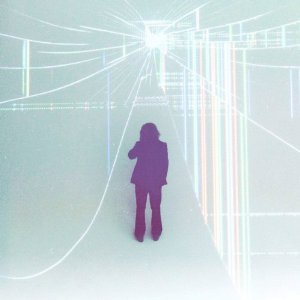 It could have been awful.  It certainly had its reasons against it.

My Morning Jacket frontman Jim James has never been a one-trick-pony.  His songwriting has evolved over the years from the minimalist alt-country of 1999’s The Tennessee Fire to the swagger and balls-out instrumentation of 2008’s Evil Urges.  I needed a little more kick than his earlier work was willing to dish out, but in recent years, MMJ have become a standout in my catalog.  However, I can’t deny that we’ve had our share of issues lately.

2009’s collective Monsters Of Folk (with Connor Oberst, M. Ward, and Mike Mogis) was a mixed bag.  Too many strong headed cooks in the kitchen for me.  Diversity is the spice of life, but it didn’t work to its greatest potential here.  MMJ’s 2011 release, Circuital, was also not up to par.  Had Mr. James lost the wind in his sails?  I refused to believe so; there was no reason for it.  But I wasn’t being given any solid evidence to prove me otherwise.

Enter his universe-expanding solo debut of Regions Of Light And Sound Of God.

The wind is certainly in his sails.

Jim’s pure vocals float along these nine blessed-from-the-heavens tracks as they take us from the edges of a far off star-kissed galaxy to the simple, bare bones, dirt of mother earth.  The best description really is the simplest:  purity.  Most of these vocals were recorded in an abandoned Kentucky grain silo, which only adds another layer to a voice that is already abundantly rich in tone and sincerity.  As he sings “You’re good at making everyone believe that they love you / a little wink of the eye / a little glimpse of the thigh / and we’re in heaven” on Actress, you know he isn’t lying to himself.  She certainly has deconstructed his reality.  Bon Iver could take some notes here if he wasn’t so wrapped up in himself.

Tracks seems to appear and evaporate out of nowhere.  State Of The Art (A.E.I.O.U.) is built around four ever-so-simple piano chords, which serve as the foundation as a slow-burning groove bass line and a late-night freestyle drum beat enter to raise the weary from their dark corners and empty bottles.  Never would I think that nine songs on a record would serve better than the average ten, but the instrumental Exploding serves as the perfect segue between the first half (the subdued disco elements of Know Til Now and fifties-inspired “moving on” anthem of A New Life)  and the latter, which include the aforementioned Actress and the My Morning Jacket-esque outtake Of The Mother Again.

I’m a rock guy.  I like electric power chords more than acoustic picking and ambient soundscapes; I can’t deny it.  However, it’s records like these that make you really appreciate theory, maturity, and someone who can play both sides of the coin equally as well.