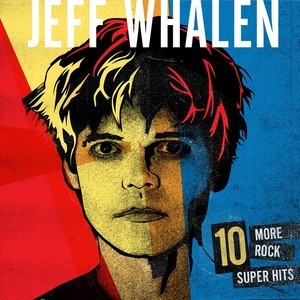 At the risk of sounding like a music snob, I’m going to tell you that the self-titled Tsar record (Hollywood Records, 2000) is one of the best albums that you’ve never heard. It’s a freaking power pop explosion of rock and roll. It’s Cheap Trick and bubblegum and with a quadruple shot of adrenaline straight into the eye socket. Too much? Not at all. I still crank up I Don’t Wanna Break Up and Kathy Fong Is The Bomb and sing em out at the top of my lungs when there’s not another soul around in the house.

Why are we talking about this? Jeff Whalen was Tsar’s vocalist, and if you love some sing-alongs to get buried in your eardrum, but that whole “adrenaline straight to the eye socket” thing sounds like too much for you – don’t worry – you’ve found your record right here. His solo debut is much tamer than any of his band’s output, but still just as catchy and poppy.  You’re be singing Jendy! and Kung Fu Criminal with the windows down on your way to the beach this coming summer.  Then, when it ends up raining the whole time, turn up The Alien Lanes when you’re bumming out and let it change your whole perspective.