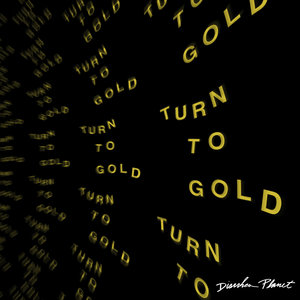 What it sounds like:  Balls out (no other word for it) rock n roll which wants more guitar, and then some more guitar.

To start off this Diarrhea Planet review, I am going to lead with a paragraph has absolutely nothing to do with the new Diarrhea Planet record in any way, shape, or form.  I also typed Diarrhea Planet twice in that past sentence (and again…right there!), because even at thirty years old, it’s just a great band name to type.

NoCoda stopped being regularly updated in 2014.

Amazing things, no doubt – but still things that leave less time for record reviews.  My tagline has always been “to-the-point record reviews and commentary”, but if you read my writing, it’s never to-the-point; it’s more or less slightly scrubbed up rambling commentary.  So, in an effort to see if I can make the time that I desire for this website, here’s to taking a more direct approach.  More to-the-point, as my tagline has said from day one.  Writing and rewriting takes time that I no longer have to devote, or really even wish to devote, to be honest.  I would much rather bang out a review in 30 minutes or less and move on to the next part of life instead of trying to come up with the exact right witty phrase as I used to do.   NoCoda isn’t my priority, but it’s no doubt fun to do, and I still find much enjoyment to post a little bit of my thoughts on a record to the world wide web.  See, if I still claimed to make this website a priority, I probably would have made a whole new post about this change, without sticking it right in the beginning of a review, right?  Hey.  What can you do?  Here’s to hoping that I can put a few posts up per month and a few people can enjoy them.  With that said, off we go to Diarrhea Planet!

Just put the name aside and give this record a listen.  The follow up to 2013’s I’m Rich Behond Your Wildest Dreams is no sophomore slump, and while it’s lightyears away from anything that would be hailed in the mainstream as “mature”, it’s roots are deeper than their band name would ever suggest.  These skate punk kids have one thought in their minds, and that thought is:  More Guitar.  It’s the unmistakable drive behind all the tracks on Turn To Gold, which is slightly more tightly wound and properly executed than its predecessor – it’s more flamboyant and less experimental with it’s soundscapes.   Ain’t A Sin To Win was performed live on on Late Night With Seth Myers recently, and it about took my head off.  It starts with a freaking motorcycle revving up, and then the power-pop metal guitar assault flies in.  It ain’t a sin / if you win/ ripping through the streets of heaven / it ain’t a sin / if you win / tearing up the streets of gold.  More guitar!  More guitar!

It comes in droves on Hot Topic, which makes nods to glam metal and their native Nashville, as does the surprisingly serious Bob Dylan’s Grandma.  Announcement and easy single choice Life Pass ooze with summertime waves (be that guitar, beach, etc).  Album closer Headband reaches for the streets of gold, closing in on about eight minutes of epic rock and roll glory.

Diarrhea Planet may not be getting into the Rock n Roll hall of fame anytime soon, but these guys play too loud to even care about such recognition.  Lovers of power and guitar rock should rejoice and get this record at once.

See that?  We spent more time on the personal introduction that we did on the planet made of diarrhea.  Quick, and, you know….to-the-point.

Expect more of that in the future.  Thanks for reading, loyal reader(s).

If you had to listen to two tracks:  Life Pass / Ain’t A Sin To Win