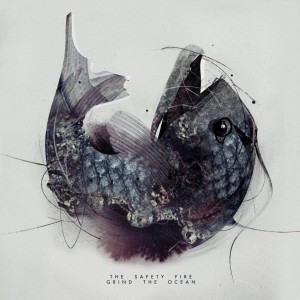 What It Sounds Like:  Progressive Metal, through and through.

As much as I love it, metal has always been one of the hardest genres for me to express my thoughts about.  It’s a weak point in my writing; like the loosened scale under Smaug’s wing.  It’s the differentiation from the likes of Between The Buried And Me, to Opeth, to Mastodon that trips me up – and my struggle to come up with the appropriate wording.

Now, London’s The Safety Fire may not be quite as heavy as Mastodon, and they may not be as grand and experimental as Between The Buried And Me.  However, don’t for a split second called them emo or hardcore, because they can flip up their time signatures with the best of them and get technical like you wouldn’t believe.  But those vocals?  Just a tad emo, even with the screams – you can’t deny it.

On to a quick summery of The Safety Fire.

These are young dudes adding their respective twists and turns to the genre, and the appeal for me is certainly there.  Sean McWeeney (how’s that for a metal name?!) is a fine vocalist, easily navigating from screams into melodic interludes.  Sure, this is greatly touched up in the studio, but I’ll compliment the production on this all the same – his vocals sound solid.  What sets the instrumentation apart?  For music that is played on such a huge, grand scale, it’s very tight.  The technical solos hit with pinprick precision, and the drums at times don’t even ring out.  Listen to some of those instrumentals on Circassian Beauties – that mess is toned up like its been hitting the gym overtime.  Plus, the mild interludes that come in the form of Anomolous Materials and Seagraves don’t sound out of place.  They just long enough to give us some breathing room before venturing in for the next round.

Those two interludes aside, we only have seven other tracks here, but seeing as those are all roughly six minutes in length each, The Safety Fire did well not to overload us.  We don’t need an hour and twenty minutes of metal.  Limiting themselves was a smart call.

I think you’ll be hard pressed not to enjoy this as if you’re a progressive fan.

If you had to listen to two tracks:  Huge Hammers / Floods Of Colour