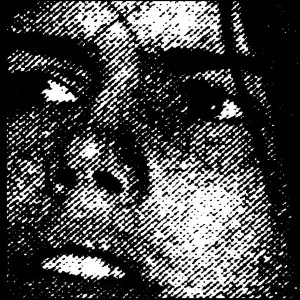 What It Sounds Like:  Alternative new wave-y noise pop.

I came into the fold of Crocodiles years ago after the demise of lead singer Brandon Welchez’s former punk/jazz/noise outfit The Plot To Blow Up The Eiffel Tower.  It’s still noisy, but the lo-fi pop structures are more at the forefront here than anything that he was associated with before.  That may seem like a double miracle, considering that the project was initially conceived with former Some Girls‘ guitarist Charles Rowell.  If you’ve heard anything off of their lone full length release, the erratic and assaulting Heaven’s Pregnant Teens, this record is gonna go down easier than a strawberry/banana smoothie on a scorching July afternoon.

Looking back on records and reviewing them, it’s difficult when you know what steps a band decides to take next, and whether it works out for them in their favor or not.  Suffice it to say, two-thousand-ten’s Sleep Forever was certainly an improvement over Summer Of Hate.  That being said, you can hear a band forming on this release, and the groundwork being laid for future, stronger releases.  This was their debut album, after all.

A lot of this is borrowed sound, from the new wave reverb and electronic drum machines of I Wanna Kill to the synth droning of Here Comes The Sky and Sleeping With The Lord.  It’s sometimes catchy and somewhat minimal, but simply overall lacking in thorough, fresh ideas.  Refuse Angels gets moving and ends around the two-and-a-half minute mark without making any sort of lasting impression, but on the flip side, long-form closer Young Drugs drifts off into a haze of smoke and mirrors that’s rewarding only if you go into it looking for a vague openness, and not concrete ideas.  Or if you want some jittery, haunted house riffage, look right into the pale face of (Soft Skull) In My Room.

Hey, it’s a start.  It’s not terrible, but since I already know what comes to pass, there are much better things to come for the future of Crocodiles.

If you had to listen to two tracks:  I Wanna Kill / (Soft Skull) In My Room