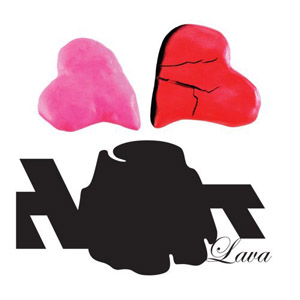 What It Sounds Like:  Short and sweet indie pop that attempts to borrow from the indie rock scene of  the 90s and doo-wop of the 60s, all spun into some sort of nest of low-production, jagging guitars, and simplistic melodies.

Right off the bat, I should tell you that I’m not really a fan of this record.  I picked it up for a dollar during RSD 2013 because I love to just roll the dice and see what kind of goodness I can get out of a dollar record that I’ve never heard of.  Sometimes it pays off, sometimes it doesn’t, and other times – it falls somewhere in the middle.  I’m trying to give Hot Lava a little credit and put them in the middle of the pack, but the more honest I am with myself, the more I have to admit, while it isn’t terrible, it simply isn’t all that good.

May I present to you:  Blue Dragon, an indie little pop song that falls into the ninety-nine percentile.

My question to you, reader, is this:  How does this translate into a live setting if you’re not eight years old?  I don’t care if you love indie pop to death.  Are you really going to go down to 12th and Porter on a Thursday night to see Hot Lava with your beer in hand thinking to yourself, “Man, I can’t wait to sing along to Blue Dragon!  Spinach in his teeth..so whimsical!”  I mean, they drop the worst curse word you can think of in O Retorno Da Lovefoxxx, so we’re not gonna be booking these guys at your local elementary school either.  Who’s the target?  Who are you trying to appeal to?  Who in the world are these people??

Brainex serves as the duel album opener and complete sore thumb, sticking out because of its overuse of distortion that makes it sound like nothing else on the record.  This is a band trying to be overly arty and prove something to us right off the bat (don’t put us in a box!), but simply does nothing to help us take them seriously.  Did I mention Blue Dragon yet?  Let me tell you about this vegetarian beast…

Apple+Option+Fire tries to be the single, but it’s just a very so-so track.  We actually get a little stronger towards the end with the spunky Resolutions 08 and JPG In The Sun, but even then, we’re just making the best of a kind of dull thing.  It’s like asking yourself:  “Hey self!  Would you like someone to 1) punch you in the face, 2) put bamboo shoots under your fingernails, or 3) be forced to read the same twenty-five page mediocre short story five times in a row?”  I’d choose option three, not because I’d actually enjoy it, but just because it’s the best of the options!

If you’re an indie pop fan, hey by all means, give it a spin.  You may find little bits of light here and there.  But overall, it’s a pass.

If you had to listen to two tracks:  Blue Dragon / JPG In The Sun