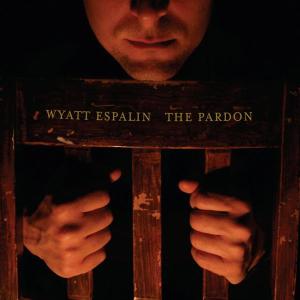 What It Sounds Like:  Classic laid-back singer/songwriter who showcases himself in contemporary pop, southern, and slight bluegrass styles.

Singer/songwriters are a dime a dozen, especially in Nashville.  Go ahead, walk out your front door and throw a stone.  You’re guaranteed to hit one – or five!  Everyone’s a performer, everyone plays guitar, and everyone wants to be that somebody special who can bleed their heart out on stage and captivate the audience.  Whether it comes off as sincere or annoying is subjective, but when it comes to Wyatt Espalin and his newest record, The Pardon, I think you’d be hard pressed to find someone who didn’t hail him as sincere.  This man isn’t trying too hard – his songwriting (and his voice) are effortless – they simply flow out of him because it’s what he was created to do.  Listen to Ocoee, his mellow abandonment tale told with the assistance of Jennifer Knapp.  If that song isn’t a lesson in weaving a simple melody with intricate lyrics that morph into this record’s to-be sleeper hit, I don’t know what is.  Not every song is meant to be a single and promoted – some are just meant to just be beautiful, and exist.

It’s few and far between to hear words roll of someone’s tongue so easily, as they do in the smile-inducing Yellow Corduroys, which lyrically takes on a much more serious theme (in my mind, anyway) of dedicated love of a broken girl then the playful tempo would suggest.  Push that up again the time wasted / moving on anthem of After You, and you’ll see what I’m talking about.  Wyatt is laying his soul on the line here:

Living with you is like suicide
I’m glad I finally got off of that ride
You had me shaking like that lonely bullet
In your game of Russian roulette
And now you want me to pull the trigger
What else is there left to do?
Honey I’ll pull the trigger
I will, after you.

Passion, heartbreak, and desperation – all rolled into one track.

He excels on this record because of his restraint of instrumental force.  The showiest we get is the straight-up bluegrass of Light Coming Through.  The rest of these tracks are mid-tempo southern pop gems that would fit in nicely being played in any downtown bar in just about any city in America, demanding the attention from the patrons to put down their drinks and see the talent on the little stage in the corner of the room.  Does he deserve more?  Without a doubt.  Will get get it?  Only time will tell.  I can practically hear the girls screaming their heads off as he gently strums his guitar and delivers the opening lines of the the (almost) title track, The Pardon & The Key:  Let the river take my soul on down / watch it go / as it waves goodbye / They will try to save me if they can / Be my guest / Like I’ve never tried…

It has a chorus that’s strong enough to turn even the hardest man’s heart in the place to thoughts of the one that he’s never been able to get off his mind, with all of the hurt she’s caused him too fresh to even look at in the eye.

He’ll be calling her after he hears this, with a tremble in his voice.  Laying himself on the line, hoping for something.  Grace.  Closure.  Or possibly, hope that somehow – love that will ignite and shine its way through the smoke of the smoldering embers of what used to to be.

The album closes with the purity that is Nowhere, which can only be explained if you read the lyrics for themselves, and as I’m sure Waytt would request of you, take from them what you will.  The acoustic strums and piano chords are met only by a tearful violin that makes this painful track a perfect ending.  Take me as I am, and take from this what you will.

I gave you all I had to give and you won’t take it
I’ve got my life to live and I’m gonna make it
So I went down that river, tried to shake it
And you ain’t going nowhere

And it comes down like a hammer on my thumb
Like a bullet from a gun
How the hell can I forget someone
When they’re filling up my lungs?

It’s gonna be a hard winter

Every day with you I walk the wire
I woke up every morning feeling tired
I can’t forget what you said to be by the fire
Oh, you ain’t going nowhere

And it comes down like a hammer on my thumb
Like a bullet from a gun
How the hell can I forget someone
When they’re filling up my lungs?

Oh, it’s gonna be a hard hard winter
When I beg for you to stay
And I plead for you to leave
But baby either way
I’m still on my knees
Going nowhere

I gave you all I had to give and you won’t take it
I’ve got my life to live and I’m gonna make it
So I went down that river, tried to shake it
But you ain’t going nowhere

You want a sincere songwriter?  You want someone who writes from the heart?

If you had to listen to two tracks:  The Pardon & The Key / After You