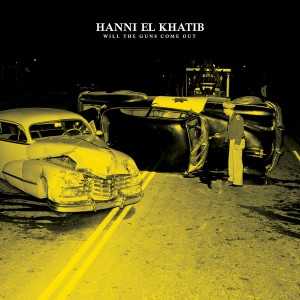 Hanni El Khatib is anything but a one-trick pony.  We get a little bit of everything from his debut 2011 release – a little rock, a little soul, a little balladry, a little crazy riffage, and a little power pop.  If you want a record that strays far from the “if it ain’t broke, don’t fix it” mentality, you’ve come to the right place.

In just about thirty minutes, we get the likes of 1) the southern soul-filled swagger of Build.Destory.Rebuild, which builds into a bobbastic finale filled with screeching guitars and barbershop harmonized vocals, 2) The single-guitar riffage of Loved One, and 3) the 50s do-wop pop of Dead Wrong.  Doesn’t this sound like a good time?

It is.  Hanni El Khatib is smart enough not to let one idea drag on too long before moving on to the next one.  Five minute versions of these songs would have been horrific – two to three minutes hit that perfect sweet spot.

While he doesn’t sound anything like Jack White, we also get a White Stripes-inspired rip-off called F–k It, You Win, which may be channeling the dearly departed duo, but sounds too good and passionate to knock it for trying to hard.  He tries – oh you better believe he does – but just enough – nothing overboard.

A short record merits a short review.  The minimalistic approach is a welcome one; El Khatib exhibits power and energy here without throwing ten layers of recorded tracks into the mix.  This is organic, no frills vintage rock ‘n’ roll made by one man.

If you had to listen to two tracks:  F–k It, You Win / Dead Wong