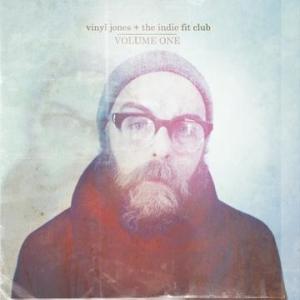 To visually lay your eyes on Hayden Miethe, and then to hear the vocals that come out of his mouth, by his own self admittance, the first thing that will come to your mind is the following:

To which he will respond:

The dude rocks a mean beard.  He’s dresses like he’s ready to rock the crap out of a stage, but not through rhymes!  Personally, the first time I saw him, I thought we were about to witness an onslaught of some snarls and growls.  But no sir, we’re not having any of that.  Hayden Miethe is here to bring the synths, beats, raps, and dare I say, actually some original style.

Out of the tragedy that was the demise of the Nashville-based Knapsackheroes!, Hayden’s solo project, Vinyl Jones + The Indie Fit Club, has risen from the ashes.  This thing will put a smile on your face.  It’s a perfect lyrical balance between the deep issues of the heart and the whimsical references of, just for example:

-The hairpiece of Mr. Donald Trump.

Yes, seriously.  You’re thinking of the right person.  As stated in one of the tracks, “I gotta nip it in the bud…Lorena Bobbitt.”  Have I mentioned that we are about to have a freaking fantastic time with this six song EP?  We are – just trust me.  I mean, the title of that song that I just referenced is Jeff Spicoli, for crying out loud!  Who doesn’t love Fast Times At Ridgemont High?  If you’re a nostalgia lover like me, you’re gonna eat this up.  Get ready for fresh references, killer beats, and an all-around party that doesn’t lean on the tired cliches of half-naked woman, an overabundance of Cristal, or making love until the sun comes up.

Like you could actually last that long anyways.  Give it up man; you try too hard.  Vinyl Jones is about to hit you with a reality check upside your head.

Game-On-Atari is a killer opener and a lesson in beatmaking 101.  In a world of dime-a-dozen rappers and producers, Mr. Jones never overcomplicates his beats, spacing out each effect so one never overshadows the other, and it makes for a fuller-sounding song without relying on having ten different beat tracks playing at once.  An added bonus is that it contains some samples of Photograph, by Def Leppard, and honestly, it’s one of my favorite samples that I’ve heard on a rap record in a long time.  It’s followed by the introspective Frozen, which chronicles an intense health issue that he faced a couple years back.  It’s refreshing to hear a writer do something personal and not generic, and not try to lyrically appeal to every single person who listens to the track.  It’s a track about himself; no one else.  But it’s made for us, the listener.  You need to take it in.

The Fire will absolutely be the overlooked track, even though it’s more than likely the best thing here.  It’s deep, it’s honest, and it’s got a killer piano incorporated into the beat that makes it perfect for a night drive.  Boy You Crazy has a mission to get the bodies moving, and it succeeds.  The Fixx  samples, well, if I really have to tell you, you really need some further 80’s education.

There’s no wrong on this first outing from Vinyl Jones.  It’s fun, but it’s not stupid fun.  It’s deep, but it’s not spare-me-the-preaching deep.  The beats, the vocals; they’re aligned to take over your speakers.

I can see chicks riding around with their friends blasting this out and laughing with the windows down.

I can see dudes throwing this on when they help their buddy out and pick him up from a late-night shift at the restaurant.

I can see a soccer mom throwing this on when she’s cruising down the street to the grocery store in her mini van with a huge smile on her face, thinking that maybe, just maybe, she’s cool enough to listen to music like this.

Vinyl Jones, if you keep this mess up on your full-length, you very well may have a universal winner on your hands.  Reader, this thing is even available at NoiseTrade for free.  You can obviously tip him a couple bucks too, if you’re so inclined.

Get it!  No excuses!

If you had to listen to two tracks:  Game-On-Atari / The Fire

2 responses to “Vinyl Jones + The Indie Fit Club – Volume One”