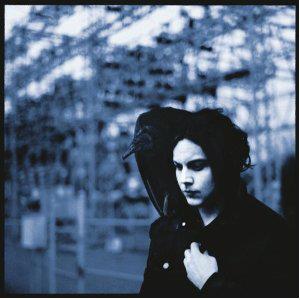 Someone has pissed off Jack White, and Blunderbuss is an open letter to the world to let them know:  it doesn’t sit well with him; not one freaking bit.  This man simply doesn’t know how to do wrong (unlike his choice of a romantic partner, friends, record label executives, etc).  From the White Stripes to The Raconteurs to this solo record, his releases are just consistently great and unique, none of them mirroring the others too closely.  However, Blunderbuss has a constant theme, not simply of heartbreak, but heartbreak because this man has been done wrong, plain and simple, case closed.  Truth be told:  I love Taylor Swift, but she simply writes about getting your heart broken because, well, that‘s just the way it goes sometimes in this complicated world with a million choices when you‘re in your early twenties and you have suicide blonde hair.  Mr. White writes about getting your heart broken, disrespected, and then smashed in the doorframe as she leaves with another man in hand, with that thing in your chest having little chance of repair.  One outweighs the other in a sense of urgency. Selfishness rules the world, and we hear it in and out of these songs with countless examples.  My first thought was to point out the trio of perfection that are the first three tracks, Missing Pieces, Sixteen Saltines (please check out this video!), and Freedom at 21, all of which are fantastic, musically and lyrically.  But then I noticed track four, Love Interruption, which could be considered the crown jewel of the whole record.  Geez, I’ll have to include that one.  But then we come to track number five, the title track, and there’s no way to not include it – no way! – but then we’re getting to track six, Hypocritical Kiss, and track seven, Weep Themselves To Sleep, and by this time we’re already halfway through the record, and finding that we’re into one of the best records of the year.  Let me recommend this to you:  if you buy one physical record this year, buy this one.  The photography is beautiful, but more, you’ll be able to really lose yourself in these lyrics as you read them.  The day I bought this, I brought it home, threw it on, and opened to the booklet to read the lyrics as I listened through Missing Pieces.  No lie, before I knew what had happened, we were already to the last track, Take Me With You When You Go, and 45 minutes had passed.  Read the lyrics.  Lose yourself in this.  Experience what a real songwriter can do.

If you had to listen to two tracks:  The singles are wonderful, so I’ll go with Love Interruption and Sixteen Saltines.  However, please do yourself a favor.  Just listen to this thing straight through.  You won’t be let down.