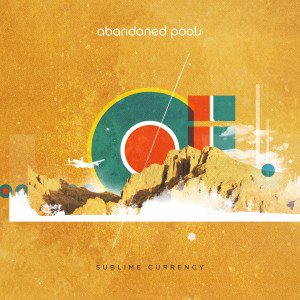 Just imagine if Mae and The Postal Service made sweet musical love and had a child.  Wouldn’t it be awesome?  Mae’s semi-rock-and-pop hooks with Ben Gibbard’s keyboards from The Postal Service and lyrical prowess that he got so good at in Death Cab For Cutie?  Well, believe it or not, it’s happened, and it comes in the form of Abandoned Pool’s Sublime Currency, the third solo record from Eels’ bassist Tommy Walter.  I didn’t see this one coming at all, and I was very pleasantly surprised to say the least.

If you had to listen to two tracks:  Sublime Currency / Hype Is The Enemy