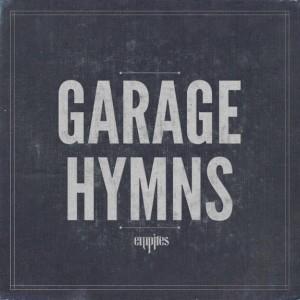 Empires – aka The Band With The Lead Singer Who Sounds Like A Freaking Sheep When He Sings Bahhhhhhhhhh (looking at you, Mrs. Kurtz) – was certainly a surprise for me.  We first saw these guys open for Luna Halo years ago.  I enjoyed their set, but like many bands, didn’t think I would ever hear from them again.  Alas, they somehow wound up on Rolling Stone’s 2011 list of the top 16 unsigned acts in America, which gained them popularity and resulted in this 2012 major label release.

Garage Hymns isn’t only the title of the record, but also a perfect description for these songs as well.  Empires belong to the new generation of gritty, darker, but polished, bar bands.  They’ll drink their cheap beer and start their set way too late, but still probably fix their hair and vests before they take the stage.  Their boots may be terribly scuffed up, but I guarantee you that they paid over $300 for them.  This all lines up perfectly with their music, as they certainly exhibit a subdued energy that makes me want to throw the first punch at that annoying guy who’s checking his iPhone with the Pabst in his hand during their set, which may or may not be a contradiction on my part.  Wait, or is that guy the lead singer?

Think somewhere along the lines of Kings Of Leon, but with gruffer vocals, more melodic and less jagged guitar work, and a certainly more memorable choruses.  Plus, they don’t have Jared Followill, which is always a plus.

If you had to listen to two tracks:  Can’t Steal Your Heart Away / Shame