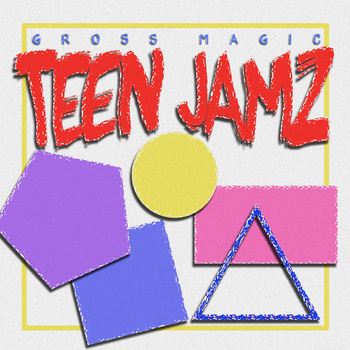 What It Sounds Like:  Fuzzy 1950s sunshine pop meets garage rock with heavy influence from the 80s as well – and the kid was only born in 1991.

It’s a welcome change to hear twenty year old Sam McGarrigle (aka – Gross Magic) play a form of music that is heavily influenced by the dreamlike pop that has recently been the current range that the indie kids so adore, but one that knows how to use some actual guitars – and thankfully leans on them more than he does any sort of thrift-store keyboard.

He’s no stranger to experimentation on his debut, most notably through the filter that’s he’s using on his vocals most of the time.  There are times you have to remember:  This record is not female-fronted.  That is a male singing, though it certainly doesn’t always sound like it.  If I was reading that, it would certainly be a turn off for me – it would sound like a horrible overuse of effects.  But it works wonders here, backed up with a blend of fuzzy riffage, hollow (but precise)  drums, and various forms of staccato keys.

We’re Awake Tonight kicks this five-song EP off with the poppiest track of the bunch, complete with the aformentioned staccato keys and Sam’s layered vocals resembling sirens singing to you from the coast.  The title track layers a quarter Beach Boys, quarter garage rock, and half aggressive chillwave pop (or whatever you want to call that genre – I’ve recently heard the term Nu Gaze – take from it what you will) into an absolutely pleasing mix, only to be followed up by the wonderful intro lead guitar warble on Sweetest Touch – hands down, best thing we find here.  Can’t Ignore My Heart finds him channeling a little more distortion, while Dream Gurl (Yes, gurl – have you already forgotten the genre we are dabbling in?) is piano ballad to close the disc.

Oh, it’s a more than promising collection of songs, and certainly a better EP than many bands or artists put together on their first outing.  I’ll be excited to see if Gross Magic decides to take things further and put out a full length.  Here’s to hoping that it’s awesome, because he’s certainly set the groundwork for it to be.

If you had to listen to two tracks:  Sweetest Touch / Can’t Ignore My Heart