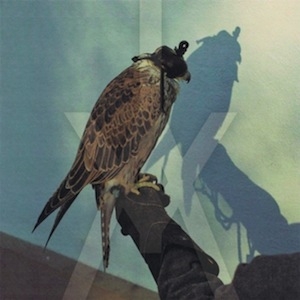 What It Sounds Like:  Clanging post-punk being played in an old metal shack on the outskirts of a small freezing town in Denmark by teenagers.

Copenhagen is anything but full of despair, but you wouldn’t know it by listening to these four dudes bang out loud, messy, and well, despair-filled tunes about anything that doesn’t have the light shining on it.  Geez, it’s freaking dark outside.

Two years ago, Iceage gave us New Bridage.  Listening to it now, there is no question about which record came first, and which one came second.  You’re Nothing is more polished (if that word is even possible to be used here) than its predecessor, but don’t make the mistake of thinking the word “polished” means “pop” or “radio-friendly”.  They’ve simply cleaned up some of the mess that was there in their first record.  In Haze and Wounded Hearts have hints of melody would have felt completely out of place on New Bridage.  They’ve actually got a small amount of (dare I say) catchiness to them!  What about the beginning thirty seconds of Awake?  Geez, we could be listening to a new indie rock band!  The guitars speed along with riffs that almost sound like actual songwriting that you could put to paper.  Don’t be alarmed though – these moments are scattered enough throughout the whole record, but never overwhelming.    These dudes are still banging away with their distorted bass tones and unnerving drums with alarming sincereity – it’s not the music to listen to during a panic attack – that’s for darn sure.   This isn’t a record to pick you up when you’re feeling down.

Listen to Morals.  Elias Bender Ronnenfelt grunts and howls his way through it, desperate for each breath, just trying to get the words out before he collapses.  Everything Drifts is urgent.  It Might Hit First is one minute and twenty-two seconds of edge-of-your-seat intensity.  The bass is heavy.  Your heart should be as well.

The double threat of Ecstasy and Coalition kick the album off as two of the most memorable tracks, and are sure to be crowd pleasing numbers in those packed little underground clubs.  I can’t even imagine these guys playing to a packed house – I don’t know if they’d even want to.  Pressure / Pressure / Oh – no Elias breathes in what could be called the chorus of the lead off track.  Is your chest tight yet?  Mine is.  His screams of excess (the actual word, not the action) in Coalition add urgency and dedication – I picture it live, and I imagine it would just be an immersive experience.

With a record devoid of almost any proper choruses, it’s easy for songs to get lost in the shuffle with all the heavy despair (there’s that word again…) going on.  It happened with the first record, and I expected it to happen here again.  Surprisingly, with repeated listens – you can really start to get into the specific songs, and not just be wrapped up in one simple twenty five minute experience.  The noise is balanced out with actual catchy riffage.  This isn’t any a form of “selling out”, as some underground blogger who claims his favorite album of all time is something like, I dunno – Capricorns’ Rudder Forms Survive or something like.  Music is to be enjoyed, even if it is noisy, unnerving, and overall depressing.

You’re Nothing is undoubtedly a step up for Iceage.

If you had to listen to two tracks:  Ecstasy / Wounded Hearts