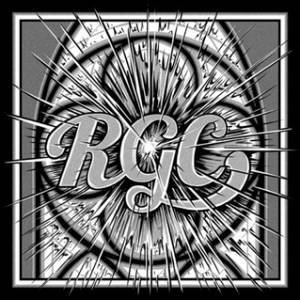 I enjoy the music of Low, but it was a long process to get me there.  The sometimes oozy slow tempos were hard for me to digest.  I’m there now – I get it and I appreciate it – but man, it was a hard pill to swallow, though I’m glad I finally did.

I don’t have to try in the slightest to enjoy Retribution Gospel Choir.  Low’s leader (Alan Sparhawk) enjoys flexing his rock muscle by leading this three-piece that knows how to take psychedelic jams and turn them into either slow reserved burners or full-sail anthems.  When you dabber in so much minimalism like Low does, you have to have another outlet of expression, or the silence may kill you from overexposure.  That’s the primary function of RGC, and they excel.

Records 1 and 2 were both records that you come to expect when you pick up an album from any artist.  Nine to twelve tracks – various tempos – various ideas.  Sparhawk and crew (which includes Eric Pollard in drums and Steve Garrington on bass, who is also in Low) decided to throw us a curveball back into the drug-infused 1970’s with their third release, aptly titled 3.  It doesn’t even have three tracks – it has two – and both of these psych-drenched runners clock in around twenty minutes each.  You ready for an journey?  Do you have anything you can trip on?

Scratch that.  This music is a drug in itself.  You don’t need any outside influence to attempt to make this better than it already is.  It would pale in comparison.

Can’t Walk Out is up first, and certainly brings the up-front power if you were deciding between the two.  It’s heavy, it drones, and halfway through the guitar begins to squirm uncomfortably as it attempts to find a way out of its stereo confines and into your brain to infect you with whatever poison-of-choice that Spawhark has loaded into it.  It’s a mammoth, and it’ll lay you out.

Seven is up second, and as much of a fan I am of heavier music than softer music, I can’t deny that I favor this track over its predecessor.  It’s a haunting number that hovers along some sunkissed jetstream where it seems as if you’re caught in some unnatural fold in the atmosphere.  If I ever found myself falling through a wormhole, this is how I would want to go out, with this guitar echoing through my brain as I fell through time and space into oblivion.  It’s freaking beautiful.

I can assure you that this aspect that I am about to tell you had zero influence over how much I enjoy this record, and it’s simply an aside:  I’ve been blessed to see Retribution Gospel Choir play live just one time, and it was a transcendent experience.  Fantastic musicians and a powerhouse of a show.

Who am I kidding?  Of course it had influence.  I know what they’re capable of, and to imagine these tracks in a live setting is almost more than I can handle.

Nashville is waiting for round two, guys.  We need 3.

If you had to listen to two tracks:  (you would have already listened to the whole record)