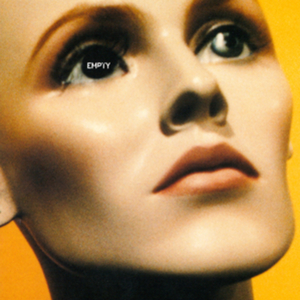 To look back at Empty is, in a word, wonderful.

Wonderful, which describes so many things in our culture. Our wonderful spouse. Our wonderful dog. Our wonderful meal that was just served to us. We have so many adjectives, the true meaning behind them can become so subjective. But when it comes down to it, isn’t it supposed to be? My definition of “wonderful” may differ from yours. I’m sure that the only thing we may agree on is that when something is wonderful, it’s a positive thing. It’s an attractive thing. It’s something that helps turn our day around when we’re focusing on our self-centered problems.

Michael Tait, the soulful pop man that was once one-third (and cross my heart, fingers, and everything else I can think of that we may see them together one last time) the groundbreaking dc Talk, formed a true rock band and gave us their self titled record in 2001. I was fifteen at the time, and I remember being being simply in love with it.

Like any album worth its salt, it still stands the test of time. It was rock ‘n’ roll in the Christian market that, to me, was unheard of at the time. Now, most of us probably agree in a pretty general term of what “wonderful” means, but throw the term “rock ‘n’ roll” out there, and you’ll get a million different responses. Some think of Metallica. Some think of Nickelback. Some think of The Strokes.

Anyway….I think of Tait’s Empty. When someone says, “Man, I just like some good rock ‘n’ roll”, I think of this record.

It really has it all. Personally, good rock ‘n’ roll to me always has a dash of pop sensibilities. There’s more than just a dash of it here, but that’s anything but a complaint. Take the first five tracks for a perfect example of diversity: Alibi brings us an energetic rocker, Loss for Words gives us the pop-rock, Bonded gives us the funky rock, All You Got gives us the power ballad, and Spy gives us the hard rock. They all tie back to the same thing: rock ‘n’ roll. Lyrically, the album is unapologetically Christian, but instead of giving us sugary CCM statements over and over again, it gives us honest feelings and truth. American Tragedy deals in racism, and the title track gives us the reality of how fulfilling this life can really be without a Savior, while we chase after all the other things that we think will fill us up. Of course, the answer is the same as the record name.

The word “empty” has a pretty universal meaning. No one really wants to feel like that.

This record will have the complete opposite effect. It’s hopeful. It’s full.

If you had to listen to two tracks: Alibi / American Tragedy