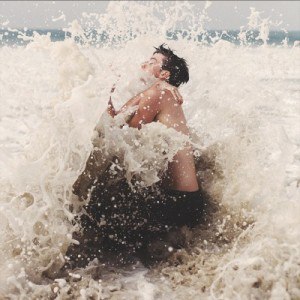 Let’s all agree to give Nathan Young an huge, gold-plated award that he can hang on the wall near his bunk on Anberlin‘s tour bus, because he is the unexpected standout star of their heaviest record to date, Vital.  Kicking off with Self-Starter, I was blown away by the sheer speed and precision of the percussion coming through my speakers.  Sure, some of this is mixing as well, but in either case, it will serve you well to listen to this on a proper set of speakers, and not through the crap ones on your iPhone 1-2-3-4, whatever.  I don’t care if it has the BEATS audio thing or not (or is that HTC something?).  I’ll get off my high horse – just don’t listen to this on your phone, and let’s move on.

Anberlin releases have always been highly anticipated for me.  Record number one, Blueprints For The Black Market, was released when I was 17, and it introduced to me to a new wave of energy and emotion that I wasn’t accustomed to.  What’s more is that I have never felt let down by one of their releases (ok ok, New Surrender wasn’t up to par).  They have kept their music varying just enough to still sound instantly recognizable, but fresh at the same time.  Vital finds them at their loudest yet, as I don’t think any of their previous releases have included any instrumental sections quite this heavy (as I said in the beginning, see Self-Starter, as well as Desires).

Anberlin is also known for their epic closers, which is my one complaint with this record, as it comes this time in the form of God, Drugs, and Sex, a toned down number that brings us some great lyrics, but some average sounding music.  It doesn’t come close to 2003’s Naive Orleans, or my absolute favorite, 2005’s Dance, Dance, Christa Paffgen.  Forgive them though; the rest of the record has enough energy to make up for this one misstep.

If you had to listen to two tracks:  Desires / Little Tyrants